We are delighted to have raised a further £6,320.50 towards East Anglia’s Children’s Hospices (EACH) Nook appeal, following a foot golf tournament and some staff members completing the Run Norwich 10k. 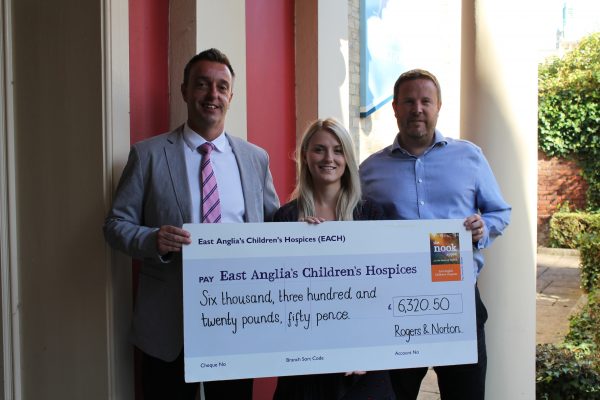 A team of Rogers & Norton staff also took part in the Run Norwich 10k in August, raising £1,437 between them – whilst they all did a fantastic job in completing the course, a special mention should be given to Tara Saunders for playing such a large part in raising the sum achieved.

It’s been a busy summer focussing on raising funds for our nominated charity – we are really pleased to be able to contribute towards such a brilliant cause. We are very proud to have raised a total of £16,630 towards the new hospice.

The nook appeal currently stands at over £8 million. Construction of EACH’s new hospice started at the end of last year and, fundraising-permitting, it is hoped the building will be operational by summer 2019.

Graham is responsible for assisting to develop and deepen the relationships with both new and existing professional contacts.
Rogers & Norton have always successfully undertaken many events and promotions over the years, raising substantial sums for charitable causes in the process – he will be looking to support this aspect and also wants to help forge closer contacts with many of the companies involved.