Nestle didn’t get a break

It’s been widely reported in the media that after a long-running legal battle between global chocolate giants over the shape of KitKat finger wafers, the case has been sent back to the EU’s trademark office after judges dismissed appeals by both companies. 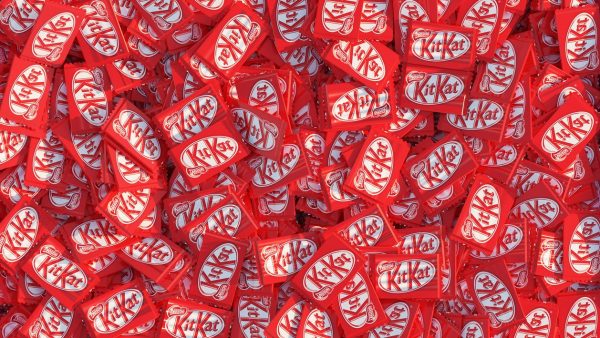 The ruling by the European Court of Justice means the EU Intellectual Property Office (EUIPO) must review a 2012 decision to uphold Swiss-based Nestlé’s (NESN.S) trademark on the shape of the four-finger chocolate-covered wafer biscuit over objections raised by Cadbury-owned Mondelez (MDLZ.O) of the United States.

The court found that Nestle had failed to show that consumers in enough EU countries recognized the shape as distinctive, but also dismissed an appeal by Mondelez against some of the grounds for a lower EU court ruling in 2016 that had found the EUIPO was wrong to reject the U.S. firm’s complaint.

The outcome leaves the possibility that the trademark agency could, whilst respecting the judges’ ruling, take note of other evidence — such as new proof the shape is distinctive to people in more countries — and might preserve protection for KitKat’s shape. The brand name “KitKat” and the embossment on the chocolate bar are not at issue in the case.

Proceedings have been followed closely by trademark lawyers, who see implications for brands operating across the EU single market, where there are varying histories in national markets. This was not the first time that the two companies have clashed in court; in 2010 Nestle successfully blocked Cadbury’s attempt to trademark the shade of purple used for its signature chocolate wrappers.

The case demonstrates just how protective companies are about their intellectual property rights. Even though the two products in question have been sold side by side in Europe since the 1930’s, multinational companies bought out the original producers and marketed them globally, coming into contact with very similar products thus causing the conflict. Nestle has already intimated that this will not be the end of the battle, showing just how important it is to them to protect the shape of the well-known teatime treat.

Our commercial litigation and dispute resolution team have wide ranging experience in dealing with copyright infringement cases and have successfully secured settlements, judgments and injunctions to protect our clients’ business and Intellectual Property Rights.

We have also acted in connection with defamation and malicious falsehood or trade libel issues – again frequently in the context of wider business disputes where one party is said to be undermining the other’s brand, products or services.